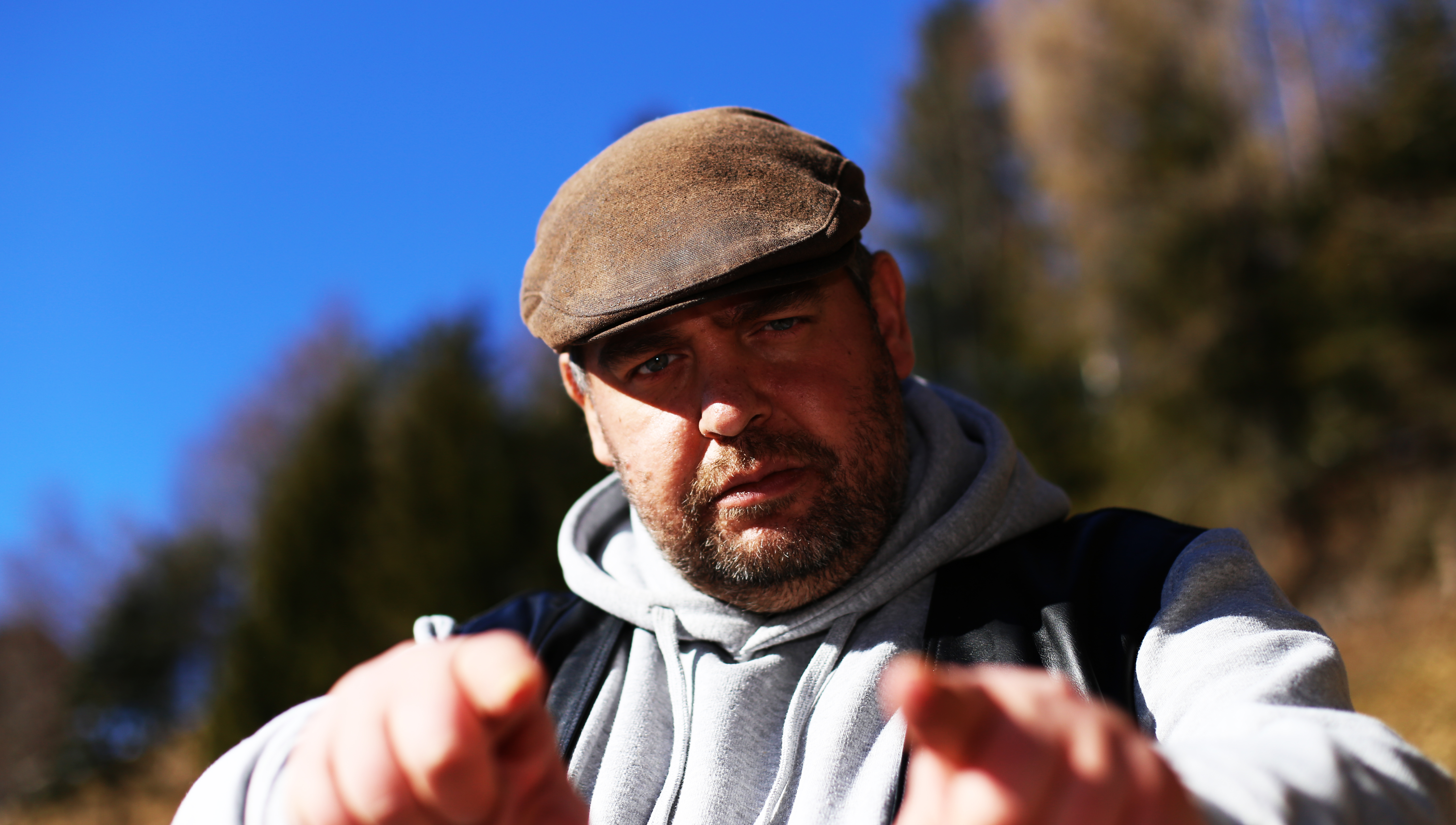 My Literature
"It is the days we fail that shape us. It is the actions we fail to take that change us the most. The events of the past, present and future, whether past, present or imminent, are never set in stone. They are rich in interpretation and unpredictable consequences. Unpredictable as long as we live and long beyond. Today I am nobody, tomorrow the world." 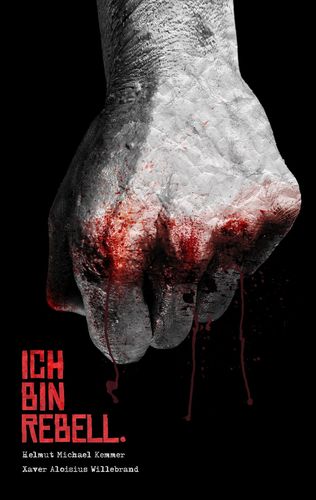 Ich bin Rebell
I was once asked if there was a back story to how I came to be a rebel. This question is not as easy to answer as it seems. It is more due to a feeling, to a long accumulated mass of impressions that have accumulated on the left side of my chest. These may be deeply anchored in the soul by current and past events in politics, in the media, in the economy, as well as by the exploitation of human nature and the self-enslavement of the homosapien, which is what I still want to call him. I could ramble on here and tell what so many have already told, how the earth is polluted, exploited and its beings devastated, politics is corrupt, war is shit and you eat shit every day .....

But that is not my goal. You already know that. Thousands have told you that before and hell I'm not going to give you the same spiel. It's time for movement, for change. It's time to pack away the whole pile of dirt and recalculate and rework the whole ball. It's time for a fresh start and that includes the whole world! Enough is enough! I'm just telling you! I am a rebel. 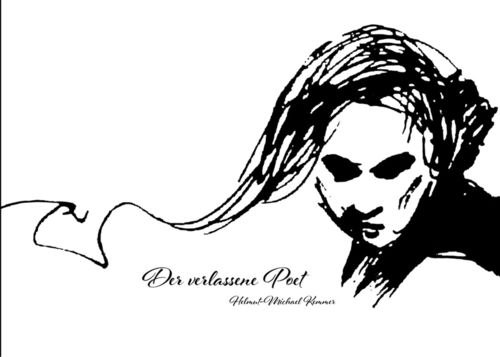 Der verlassene Poet
Social criticism continues in "A Forsaken Poet". Here, quotes, poems and assertions by the author are presented. Sometimes it gets funny, then rough again and there is no lack of sensitivity. Experience Kemmer's new, beautiful world. 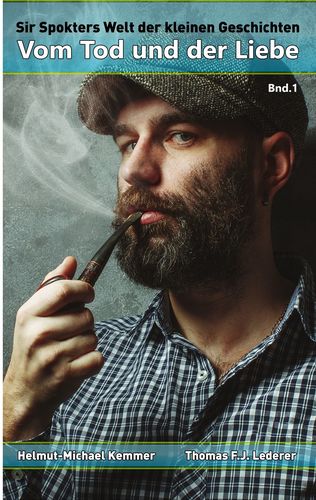 Vom Tod und der Liebe
The little stories from the Spokter series offer entertainment in diverse genres, genres that captivate us all. Adventure, love, action, horror - or realities taken from everyday life. The imagination is endless - no limits are set, boundaries do not exist for the authors - Again and again they try, in their own events nevertheless, to expand their stories with something new. They try to break new ground in terms of content and simply entertain young adolescents. We want to travel to foreign as well as close places - things that connect us in a new world. We want to see, feel and breathe. We want to be. Pirates, outer space, everyday reality - nothing is foreign. The stories were written emotionally and with a lot of love. Even when things get rough, it is deliberate and necessary.

Meine Freiheit
In an artistic form, society, world events, media and critical groupings are brought into a lyric-poetic context. The author tries to take a positive, constructive approach. No whining, no pleading - sometimes, of course, you have to read between the lines, because that's what art is all about. This book is not a solution book, much more it is meant to make people think, to find ideas themselves, to create. The goal CAN be not to give up. 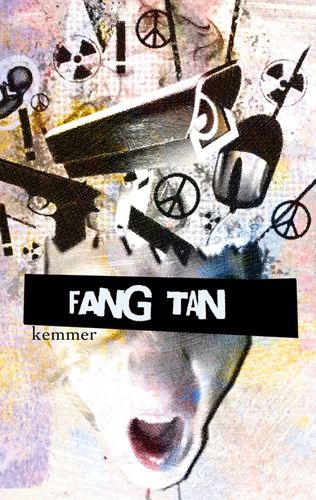 FANG TAN
"FANG TAN" tells the story of a still young David, who is torn from his familiar surroundings, a valley in Austria, by his discoverer Luther. On arrival in Romania, David receives extensive training in Luther's top-secret training camp. He develops a great technical talent in connection with computers and other systems, but in the course of the story he also stands out more and more for his ability to influence people.

At the camp, David meets Caleb for the first time, who is actually called Gheorge, but has dropped this name. A love-hate relationship develops between the two, which repeatedly gets David into trouble with Luther. Caleb is the exact opposite of David. He is violent, ruthless and impatient. Above all, patience and a tactical approach are David's strengths and so, in the course of the story, conflicts arise in many ways between the two boys, who are separated by barely a year of age.

David and many other boys and girls are trained for many different purposes. The main purpose is to fight organised crime in the country. Soon his cohort will be facing their first missions. They are still children, so their only weapon is their childlike physique, which they trickily make use of.

Two years pass. At some point there is an adoring incident in which Caleb disappears without a trace. The camp is disbanded. Luther and David return to the valley in Austria, plagued by feelings of guilt and melancholy, where David, to his surprise, is warmly welcomed by his adoptive parents. David and Luther can never completely detach themselves from their past, and so this time it is David who begins to realise his vision of a great academy for the education of talented boys and girls. But he has to put his plans aside for the time being because of a completely different development that takes him completely by surprise.

ZÜNDUNG
A suspenseful thriller on the brink of the social abyss, between truth, lies and conspiracy, describing an inevitable, unavoidable new beginning.

Ignition begins in the setting of a garage, where 18-year-old Levi and his two friends Zia and Andy, attempt to hack into a database of demonstrably corrupt corporations in the USA. The data is obviously being used to control people and to instil fear. They are forced to travel to New York to get into a skyscraper on Wall Street. Their goal is to destroy these files once and for all so that they can no longer serve as a means of pressure and as a tool of the dark, the abysmal. The three friends are interrupted in their conversation: the police are at the door - allegedly for disturbing the peace. The cops want to search the house, but Levi slyly brushes them off. His bright mind immediately recognises that the two officers are only pretending to be police: they are undercover FBI agents.

Elsewhere, refugee boats land on a rocky beach. It is night and a severe storm is raging. No mercy, no absolution - everything is in chaos. One of the aged boats sinks, people die, helpless, their cries, go unheard, in the overpowering storm. Buses wait on a nearby road. Lucifer films the dead and greets the living with a welcome. The obvious immediacy between death and life underlines the absurdity of the situation. A tragedy as a harbinger of the inexorably transient. It was cold.

In a flashback, five-year-old Levi is examined and psychologically tested by an adolescent psychologist at the Institute, a private clinic dealing with giftedness. The diagnostic results surprise the researchers: despite his unassuming appearance, his empathetic, positive nature, the boy not only has an extraordinary intelligence, but also an almost iron will.

Her fine, light blond hair felt like lukewarm,
like lukewarm water running over the hand, soothing and gentle ...

Die Mauer
Together with his friends Benjamin and Beth, Tim sets off in search of answers. He finds out that there are no boys in the town of Noah Thalatta, uncovers an inhumanly cruel secret in the undercity and escapes. For the first time in the outside world, he encounters different factions who have cultivated the unreality of their surroundings because of their spiritual powers. He comes to a wall. Tim finds bones of children, finds the asylum, the place where the boys are taken to be able to use their telepathic powers to maintain the energy shield needed for the city. Tim befriends one of the boys and falls platonically in love with him. However, the happy status quo does not last long. The boy, who has awoken from his trance, can no longer cope with his situation in the asylum. But Tim cannot help him, his hands are tied. Now he sets out on a search, roams through the desert, is filled with visions, hallucinations and emotional ups and downs. His path ends where it began - the circle closes.

SYSTEM SCHOCK
The anonymity of the internet always holds sinister things, but this thriller shows how anonymity is used for good. The genesis of the Anonymous Alliance. A heroic story that describes how it really could have been.

Julian experiences tragedy in his family, Nabil suffers horrors as he flees the war with his father, and young Lara is held captive by her wealthy family in their golden palace. The three of them bump into each other by chance and become friends. On their journey together, they break out of their fears, losses and traumas. They become heroes in a story where the dark still has the upper hand. They fight for truth and light in their world. Along the way they meet Anon D, a great man who speaks for the Anonymous Alliance collective, the resistance that has formed. Together they want to bring the dark machinations of Lara's uncle Maurice to light and spread the truth with their growing number of followers. But they have to be armed, because not only the evil incarnate has to be conquered, the executors and the media are also close on their heels, because they are not tolerated by the system. The system cannot let its foundation, built on lies and the suffering of the people, collapse ...

"Build it higher - even higher! Much higher! Lock them out, the others like us. Lock them out! We are building a wall without stone, but no less massive. Its foundation is made of fear, its masonry of hate. Their name is Anonymous - do not let them into your thinking, not at all. Just let them continue to manipulate and direct you. Just put up with everything! The word freedom is no longer a word."